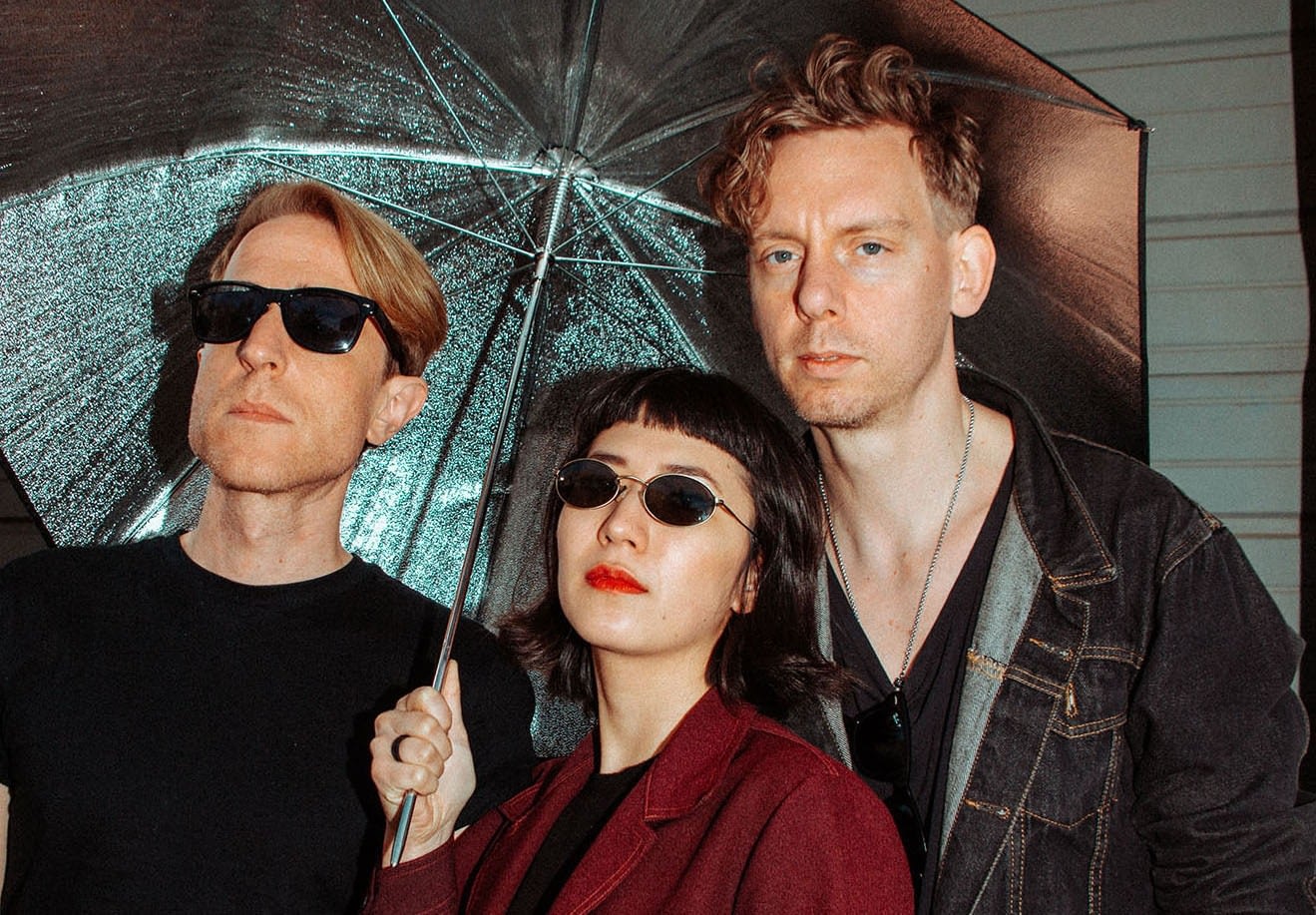 There is that time when night and day are seemingly intwined. When you should be sleeping but just aren’t able. The darkness is fading and the morning sun is taking its place. This is the time of day where the new album Delivery by Gang Signs exists. The bands long awaited second album is all hushed synths, ethereal boy/girl harmonies and textured grooves. Following up on their first album Geist, which was an homage to another time of day, that long walk home from the club where your only solace takes place within the confines of your headphones, the band has decided to let some light in to their otherwise heavy and drone-y affair.

Recorded at Jacknife Sound with producer Jason Corbett (ACTORS, Art d’Ecco), Gang Signs reproduced their sequence heavy tracks with mostly live instrumentation for this outing, bringing the album a warmer feel without sacrificing their trademark moodiness. Band leader Peter Ricq, a musician as well as a director who has worked in film and animation, has stated that this album is his homage to the hyper surreal and energetic films of the 90s, like Go, Rush, True Romance and Fresh. Films where the protagonists find themselves trapped in a time, traversing the underbelly of their city trying to find that thing that will make them feel whole again. Be it a party, a love or whatever their version of a special delivery is.

Unfortunately, in most of these situations, the thing they are looking for is usually the thing that ends of destroying them. Its apt that Ricq has spent much of his life as an artist working in a visual medium as the songs on Gang Sign’s Delivery seem to overflow with colours and textures of their own. Songs like “The Way” may start out ominously, slowly building up with processed vocals and synth lines that just bubble up from the surface, until reaching the same sort of kinetic pacing shared by the feature Carlito’s Way. The track “Full Furman” starts off languid but escalates, with the help of the driest arpeggiated keyboard part into something that wouldn’t be out of place anywhere throughout the runtime of Pulp Fiction.

Delivery is also the last album to feature vocalist Matea Sarenac who has moved on from the band. The gang must go on with new member Moira Henry (pictured above). She’s already made herself at home on the Delivery tracks during live performances along side Peter Ricq (vocals, guitars, sequences) and Adam Fink (drums) and will feature on new tracks that may be coming up much sooner than you’d think. After all, it’s been a while, and Gang Signs have so much more to tell you.

We use cookies to ensure that we give you the best experience on our website. If you continue to use this site we will assume that you are happy with it.Ok